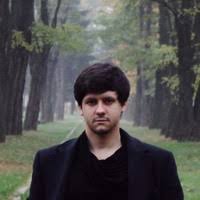 Fitness in all shapes and forms has taken over the world. The majority of people in first-world countries are either going to the gym or dieting or doing some combo of both. With that kind of widespread popularity, it’s high time to jump into the market with an offering of your own. Today, we’ll look at which fitness apps are winning big, what the future looks like for the market, and how you can take your spot under the sun.

What Are Fitness Apps?

There aren’t established boundaries on what can be called a fitness app. From diet reminders to step trackers to smartphone guides for training, each and every app like that can reasonably count as a fitness app.

So even if you’d prefer to just do a diet calorie counter or an app that reminds people to work out daily, you’ll still be part of the market. And that variety also lends itself nicely to experimenting and carving out a piece of the profit for yourself with a niche idea.

We won’t be focusing on just one branch of the fitness app market, giving an overview of the industry instead. It’s all a part of healthcare anyway and there’s enough room for all ideas.

How Big is The Fitness App Market?

This is the pleasant part right here, because the fitness app market is growing constantly. There’s been an astounding 330% surge in just 3 years with more and more users flocking to the apps. Although this kind of meteoric rise usually gets followed up with a fall, healthcare fitness apps managed to avoid that. The growth has slowed down to a more reasonable level but it’s continuing anyway.

You can even look at older data to see that this boom in fitness app usage has been ongoing for literal years. This amazing trajectory might be due to the nature of the apps themselves. A Stanford study has shown that nearly half of app users report them as useful and effective, a staggering statistic for mobile apps. And this number is only for casual users as those who use the app 3+ times a day have an even more impressive 69% approval.

Due to these apps being inherently aimed at benefitting the user’s health, more users are likely to believe that their smartphone usage becomes somehow medical or fitness-related just because they’ve opened the app. This is a huge factor for user retention as this effect makes even casual users come back to the app time and time again.

Who Leads the Fitness App Market?

Now, those wonderful numbers are, of course, skewed by the fact that a few market leaders lead the charge with excellent quality and word-of-mouth. That’s not much of an issue, though, because these giants raise up all other competitors on their own shoulders. Check out the data from Verto Analytics to see which apps we’re talking about.

Now, most of these are apps you’re familiar with and that’s a good thing. The first thing one must do before starting their fitness app development ensures that you’re not going head-to-head with any of these directly. Even the best fitness tracker app with plenty of polish can’t win without originality on its side.

It’s important to know which sectors of the fitness app market are already flooded with products. To get a general idea of what’s most popular these days, take a look at the data collected by Morning Consult:

Competition is good and healthy but when an app has 30 million monthly users and you’re entering the market with no built-in userbase, the outcome is not likely to favor you. Instead, one must look to areas where popular fitness apps haven’t yet taken root. That’s where it will be easiest to stake your claim.

Should You Outsource Your Fitness App Development Right Now?

Well, the global fitness app market is forecast to reach $14.7 billion by 2026 so if you like strong profits and a healthy userbase, yes, you should. There are plenty of indicators that widespread smartphone adoption, an aging global population, and a digitalizing world will all keep pushing the market upwards. So the best time to get in is several years ago, the second best is now.

Outsourcing is the easiest trick for getting a high-quality fitness app made custom according to your wishes. By relying on East European developers and designers, you get world-class quality while saving up to 70% on the cost of development. This lower initial investment minimizes the risks you take when beginning work on the app and makes it easier to experiment.

Though features will always be king if you want to reach the top, it’s also important to focus on design. Instead of boring clinical-looking apps, bring some color and interactivity to the table. For examples, check out Incode Group’s Dribble page, those are just small samples of what our design gurus can conjure up for your app.

Basically, if you want a budget-friendly high-quality app that will stand out among its competitors – Incode Group is the company to turn to. Contact us for a free consultation and lets set you on the journey to success.