What Is Blockchain Development 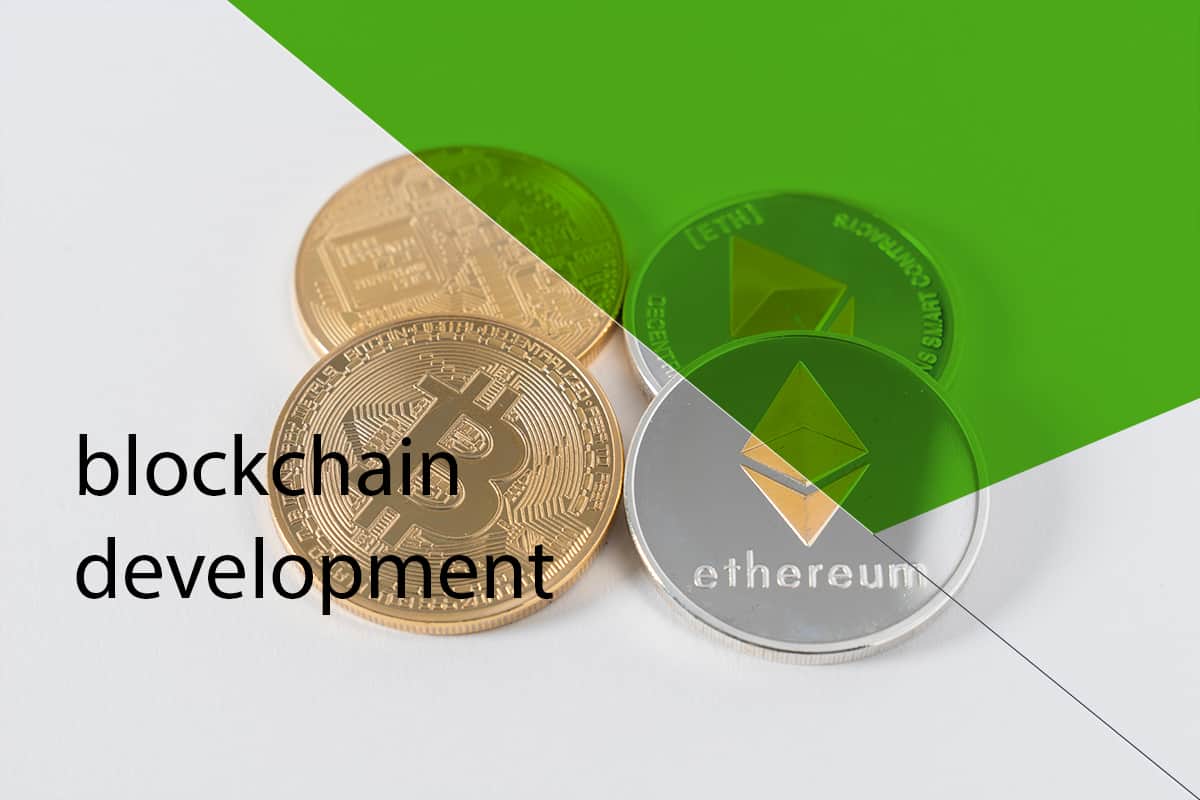 If there’s one word that’s ruled the minds of all entrepreneurs for the last several years, it’s certainly “blockchain”. Bringing the promise of a new world with it, this technology is now the hottest new trend with blockchain developers being the fastest growing job industry out there.

At first glance, this might seem like a license to print money, right?Just get some blockchain experts, start a project, and make sure you have a warehouse big enough to store the profit. But same rules apply as always and you shouldn’t dive in headfirst without learning what blockchain development is and what project it’s best suited for. With the benefit of knowledge at your disposal, you can change the future so we’ll waste no time and start learning.

Man of the Hour

While it’s touted as a big mystery, blockchain is a fairly simple piece of tech – a decentralized ledger with digital records of myriad transactions and changes. It’s an immutable and secure way to keep track of information and ensure transparency.

Since it’s stored on many devices at once and all changes are tracked, you’ll always know if the documentation or information stored in the ledger has been tampered with. This encourages ethical business practices as well as limits the chances of fraud.

It’s already being used in supply chains/commerce, agriculture, fintech, traditional banking, and many other multimillion industries. With new uses discovered regularly, we can expect further growth for years to come. And, with ambitious projects in the pipeline, there’s more and more demand for blockchain developers.

The Point of It All

The process of developing something on blockchain isn’t that inherently different from development with any other technology. You come up with an idea, work on creating it, and implement a specific technology along the way, in this case – blockchain. There’s not yet a completely solid limit on what you can do with it as new ideas are being brought up regularly, though most people, of course, associate blockchain with bitcoin wallets and the like. But you can also simply create smart contracts, develop games, or build apps from scratch.

Basically, blockchain development involves literally building block by block, kind of like a wall.Each segment in it is highly important, not just because the resulting creation won’t work if it’s broken but because it wounds your security. Since you’ll most likely be using blockchain due to its immutable and secure properties, there’s no point in rushing to get the product out and leaving one of the blocks “cracked”.

Similarly, smart contracts are built to fulfil a few key features.It should be constant, in a word. What this means is that you want them to be predictable, delivering a result that’s determined by what you put in. Also, you have to make it impregnable and ensure that it’s just a link in the chain and not the point that everything hinges on. Have backups in place to ensure that the failure of one block isn’t going to ruin your work. Last but not least, you need to have control over the contract, enough so that you’ll be able to terminate it if needed. This is, in a way, one of the backups we’ve mentioned, a way to stabilize the contract should the need arise.

With all that said, you might be wondering why blockchain matters.Well, it’s a budding technology that already has the top minds of the industry excited and, right now, is pretty much a “license to print money” due to how willing investors are to put funds into blockchain projects. Plus, it’s a new step in making your business records immutable and provable, guaranteeing a solid reputation.

Similarly, blockchain is set to revolutionise more than the IT and finance world, changing the supply chain process in commerce, the smart home technology, and many others. The next several years will determine the way things go and you might very well see blockchain become the key tech. In the next decade, it might just be part of every business, especially thanks to widespread adoption by startups and industry giants.

Magic In Your Pocket

Developing mobile-friendly apps using a new technology helps legitimise it as well as take advantage of its capabilities. Thankfully, blockchain can certainly be applied for mobile development as its security and versatility allow for myriad solutions.

There are your basic analogues of desktop apps, including bitcoin wallets and protocol creation. However, mobile also gives you space to create payment applications, meaning customers could be buying groceries or other products using only their phones. With blockchain more popular than ever before, it makes sense to invest in solutions based on mobile platforms.

You don’t have to go for a broad audience, though, since you can choose between a permissionless and a permissioned network. The latter is useful for private apps as it’s a closed-off network that’s only accessible to a select few, meaning you can store the most sensitive information that way. The former is useful if you want to place no restrictions on the users.

Thankfully, while mobile development on blockchain might not be the oldest trick in the book, it already has its advantages with several languages created specifically for blockchain, such as Solidity. That’s not to say that you can’t use standard tools like Java and C++ but having an alternative option is always good.

We’ve cleared up a bit of the process behind blockchain development and, hopefully, showed you what this technology can do for you. Even if you haven’t jumped on board yet, there’s still a bit of time to do so and we highly recommend it. If you need a bit more clarity still, come talk to our experts and get a consultation or the services of a skilled blockchain developer!